I unabashedly love Twin Peaks. It’s my favorite television series, and it occupies a good chunk of my mental energy. I’ve been thinking a lot about why it’s so special. While doing so, I thought it would be a fun idea to create this: a spoiler-free beginner’s guide to Twin Peaks.

If you’ve never watched the show and are interested in what all of the hubbub is about, this is for you. Heck, if you’re already a fan, then you may enjoy this too. 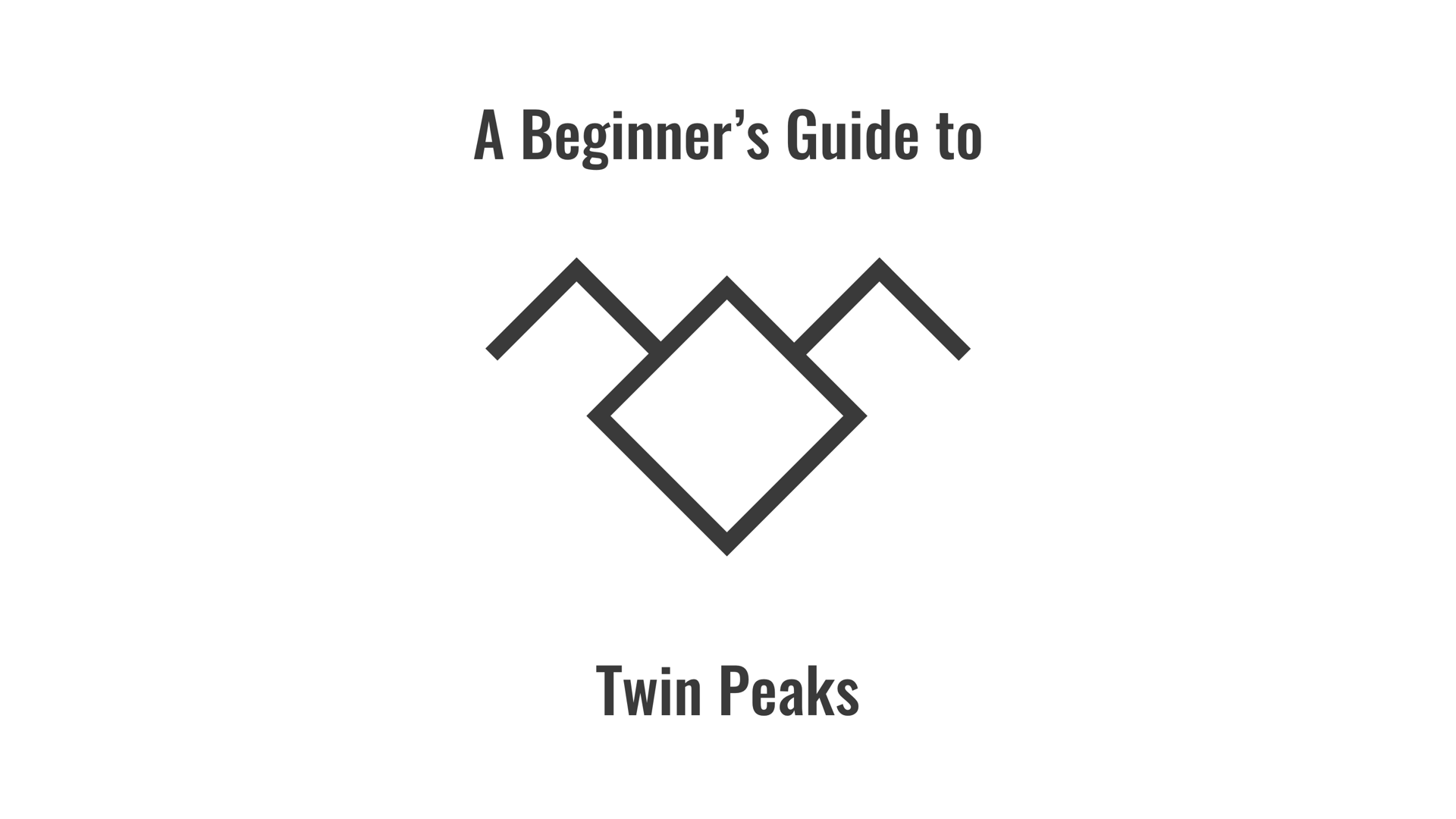 What is Twin Peaks?

Twin Peaks is first-and-foremost a television series. It tells the story of Dale Cooper, a handsome and just FBI agent, who travels to the quaint town of Twin Peaks in northeast Washington to investigate the murder of Laura Palmer, the local high school sweetheart whose body was found washed ashore.

It’s a drama through-and-through, with a unique mixture of darkness, quirkiness, and humor.

The show’s original run consisted of two seasons in the early ‘90s. After the series ended, a prequel film titled Twin Peaks: Fire Walk with Me was released. A third season was recently announced and is set to pick up where the second season left off. It premieres on May 21, 2017. I’m beyond excited.

Twin Peaks was co-created by David Lynch and Mark Frost. If neither of those names ring a bell, here’s a little primer: David Lynch is an auteur who has made many films over the decades, including but not limited to Blue Velvet (my favorite film), The Elephant Man, Wild at Heart, and Mulholland Drive. David Lynch’s films are usually dark, abstract, and beautiful. He has a very distinct style, and it is infused in Twin Peaks. Mark Frost is a writer and producer who has worked on a variety of television series and films. Together they make a great team.

Twin Peaks has a loyal following of fans, and I think it is safe to say that the original series and film have stood the test of time very well.

What Makes It Special

So much about Twin Peaks is special to me. I don’t want to dive too much into the characters, as I think it’s best to go in with as little information as possible. I’ll just say this: It’s hard to pick a favorite.

The aspects of Twin Peaks that feel most present in today’s pop culture—the coffee, cherry pie, donuts, Dale Cooper’s thumbs up—are a testament to the characteristics of the show that are so memorable.

The show has an other-worldliness that is dark and mysterious and engrossing. It shows restraint and leaves it to you, the viewer, to explore what it could all mean. I think it’s something that David Lynch does so well. The setting of the Pacific Northwest, my current home, is its own character. The breeze in the wind, the trees, the rain. It fits so well.

To top it all off, the music by Angelo Badalamenti is absolutely beautiful. It’s unique and powerful. I find myself listening to the soundtrack regularly.

Start with the first episode of the show. The pilot episode is just over 90 minutes long and wonderfully done. It’s directed by David Lynch and is Twin Peaks at its purest. I think it is safe to say that if you enjoy the pilot, keep on watching the first season. It’s all Grade A television.

Season 1 is 8 episodes long, which I think is just the right amount of episodes. If after the first season you’re not into it, that’s totally fine. There’s not much that’ll grab you beyond that.

Season 2, which is 22 episodes long, is a bit more of a mixed bag compared to the first season. It flounders and drags on after episode 9, but I still recommend watching it if you’ve enjoyed it up until the point. Some episodes are worse than others, but there’s still some solid character moments. It’s all worth it for the season finale, which, like the pilot, is one of the all-time great episodes of television. Season 2 ends on a very strong note.

The reason for the decline of the quality in season 2 is debatable, but my take on it is that the lack of David Lynch-directed episodes combined with the sheer number of total episodes was too much to sustain.

If you watch the show and are craving more Twin Peaks, well lucky for you there’s still more to explore.

The film I mentioned earlier, Fire Walk with Me, is a very good film. The intro features a new set of characters and some memorable scenes. It then shifts gears and gives a look a the life of Laura Palmer before her murder. It’s darker and less humorous than the television series, which I appreciate. I’ll take the dark side of Twin Peaks over the quirky side any day.

After Fire Walk with Me, the other media related to Twin Peaks is pretty middling. It’ll add more context to the show, characters, and setting, but I don’t think of them as necessary.

Around the time when the television series was airing, The Secret Diary of Laura Palmer by Jennifer Lynch was released. It’s good, but nothing spectacular.

An audiobook titled “Diane…”: The Twin Peaks Tapes of Agent Cooper was released and is 45 minutes of narration by the actor who plays Dale Cooper. It’s cool, but it’s not required listening.

In 2016 a book titled The Secret History of Twin Peaks by Mark Frost was released. It is a well-designed book meant to mimic an FBI dossier, but I didn’t find the content of it particularly gripping.

There are some other books and related media, but I haven’t checked those out.

If after all of that you’re looking for something similar to Twin Peaks, I’d suggest diving into David Lynch’s filmography. Twin Peaks is a great gateway. Start with Blue Velvet and go from there. You’ll notice at least a familiar face or two in most of his films. After Blue Velvet, I’d go with Mulholland Drive and Eraserhead.

I’ve still got a few of his films I haven’t yet watched (The Straight Story, Dune, and The Elephant Man as of writing this). I’ll get my way through them soon enough.

I’ve got a real hankering to go watch Twin Peaks now, so that’s what I’m going to do. If you’ve decided to give the show a try, I’d be thrilled to hear your thoughts.

I’ll see you in the trees.