I’ve been making a little Snake game called Slither as an effort to experiment with hand-drawn, scanned-in graphics in games and to learn how to make games for iOS and Android with DragonRuby GTK. You can play it now, even though it’s not finished yet.

This v0.1 release is my progress so far—just a basic Snake game with custom graphics for web and desktop. The next release, v0.2, will focus on getting it working nicely on touch devices. Then I’ll polish it up and call it done. 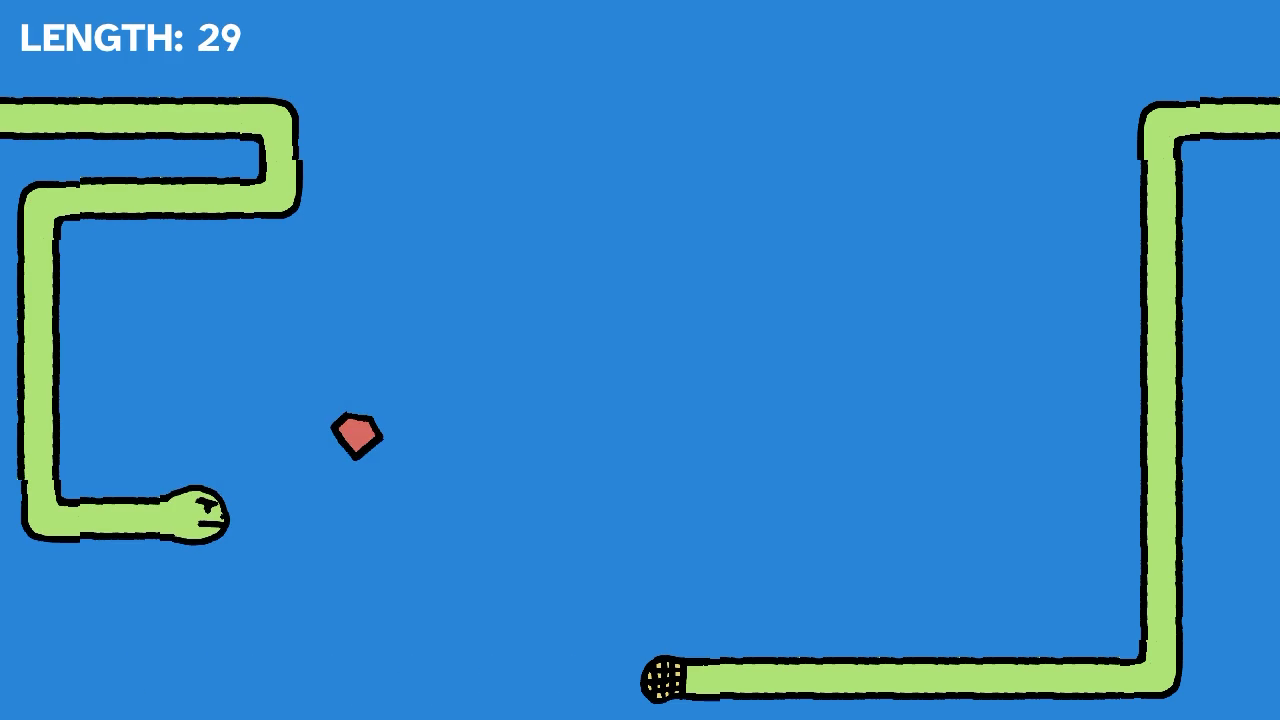 📺 Watch the gameplay for this release.

Slither is dedicated to the public domain and is an educational freeware project.

Ideas for what I’ll work on next:

Anyway, enjoy this little game! I’m having fun making it, and I’m learning, which is what matters most to me right now.